Vehicle sensors measure a variety of functions in a car, but monitoring critical tire and road conditions is not yet part of the diagnostics. Haifa, Israel-based startup Tactile Mobility claims it has a solution.

Yagil Tzur, vice president of product at Tactile, said tires are the most important safety feature of a car, but current tire monitoring technology does not provide enough data to protect drivers in critical situations.

Sensors currently embedded in vehicles automatically cover nearly every aspect of the vehicle's mechanical and functional behavior, Tzur said. "We have dozens of sensors and processing units, and we get information on every little problem, including whether the car can get to the next repair shop or whether the driver should call a tow truck," he said.

Tzur said: "But with tires... we only have tire pressure sensors, and in some vehicles tire temperature. People put a lot of money into complex braking and handling systems, but it's these four things that connect the vehicle to the road. Blocks of rubber, they are made with top-notch craftsmanship, design and materials.”

Tactile hopes to change that. Their recently launched tire health monitoring software solution uses the vehicle's existing sensor network and software, which is installed in the vehicle's ECU by the automotive OEM. The software takes information from sensors such as wind speed, tire tread and acceleration to provide data on the current state of the tires and predict "how they will continue to perform."

Tactile's software is compliant, Tzur said, collecting information such as wheel speed, wheel alignment and acceleration and sending it through an "algorithmic pipeline" that includes signal processing and machine learning. "Finally, we generate virtual sensors from algorithms that behave like physical sensors, and then transmit signals over the network according to predetermined specifications," he said.

The current sensor system doesn't automatically monitor the tread depth of the tires, but it should be, Tzur said. It is an important factor in driving, affecting braking distance, tire grip and the handling of the vehicle on slippery surfaces. Tread depth is also not something drivers check often. They usually just look at the general condition of the tires, but tread depth is a really important safety issue. 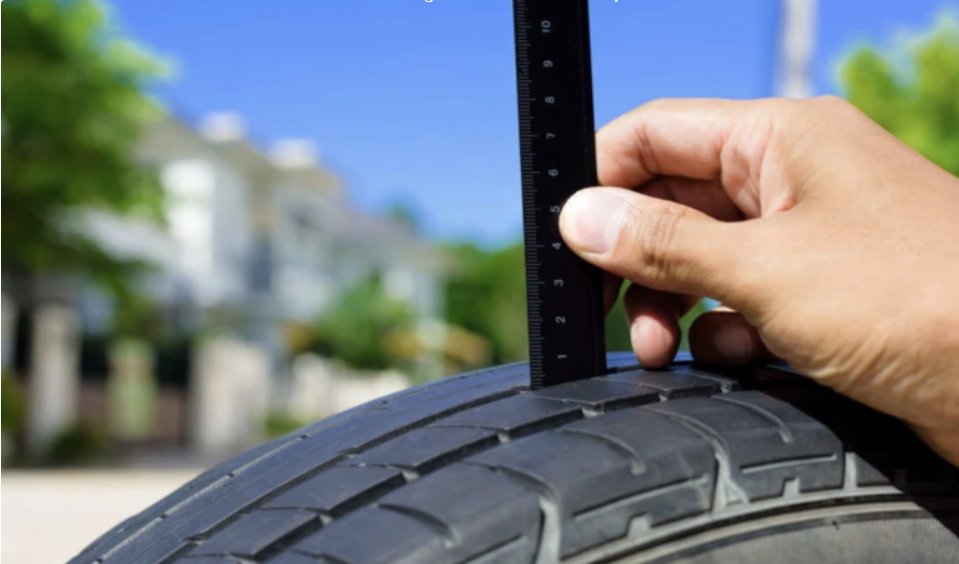 Tactile's solution can sense the "friction force" of the vehicle against the road surface and whether the vehicle is in danger of slipping, he said. "We even let the vehicle know the top speed it can travel before it encounters a skid," Tzur said. "While the software is sensing all the time, it only reports on a 'need to know basis' to minimize distraction."

One of the tire-sensing solutions that Tactile hopes to replace is indirect TPM S, a system that detects low tire pressure by comparing relative wheel speeds using ABS sensors. Such a system could introduce uncertainty, Tzur said. Tactile's software sensors are also an alternative to aftermarket hardware accessories, which typically sell for less than $50.

One problem with current tire sensing solutions is inaccurate readings. And Tactile's solution is that when it comes to security, the key is to be very, very cautious, preferring false alarms to no alarms.

Tactile is working to overcome inaccuracies by working with OEMs and tire manufacturers to gain access to simulation tests before driving test vehicles, Tzur said. When it comes to OEM concerns, Tzur said reliability has to be 100 percent. "This software cannot fail". On a functional level there may be a small number of errors, such as low tire pressure readings, but "software cannot crash".

OEMs are also concerned with the frequency of reporting, so-called availability, which varies by the type of conditions being monitored. "If you have a sensor that reports grip, you want to report 1 or 2 times a second, whereas a tire tread sensor only needs to report every five minutes or so," Tzur said.

Another company in the software sensor space, Nira Dynamics, bills its RSI (Road Surface Information) as a solution for self-driving cars, arguing that the understanding of road conditions is "absolutely necessary" for autonomous driving. Nira's RSI uses the vehicle's existing sensors to continuously collect road information, such as roughness and friction, the company said. The company says its technology is also said to detect potholes and speed bumps, which has the added benefit of enabling automatic suspension settings.

After years of development, Tactile officially launched its tire health monitoring software at the end of May, Tzur said. OEM customers are in various stages of development, some are "mature" and some are still years away, he said. Several OEMs, including BMW, are already producing other Tactile systems, and tire monitoring will "open a new feature" for them. Tzur expects vehicles with its solution to start rolling off the assembly line within the next 12-18 months.

Tactile announced a $27 million Series C in October, led by Delek Motors, with strategic investments from Goodyear Ventures and Porsche Ventures, and backing from Union Group, The Group Ventures, Zvi Neta, Giora Ackerstein and Doron Livnat. The funding will be used to further develop the company's virtual sensors, expand product offerings and strengthen its cloud platform.

Samsung to triple production capacity by 2026 amid rising demand